What are the best Weed Eater Blowers? 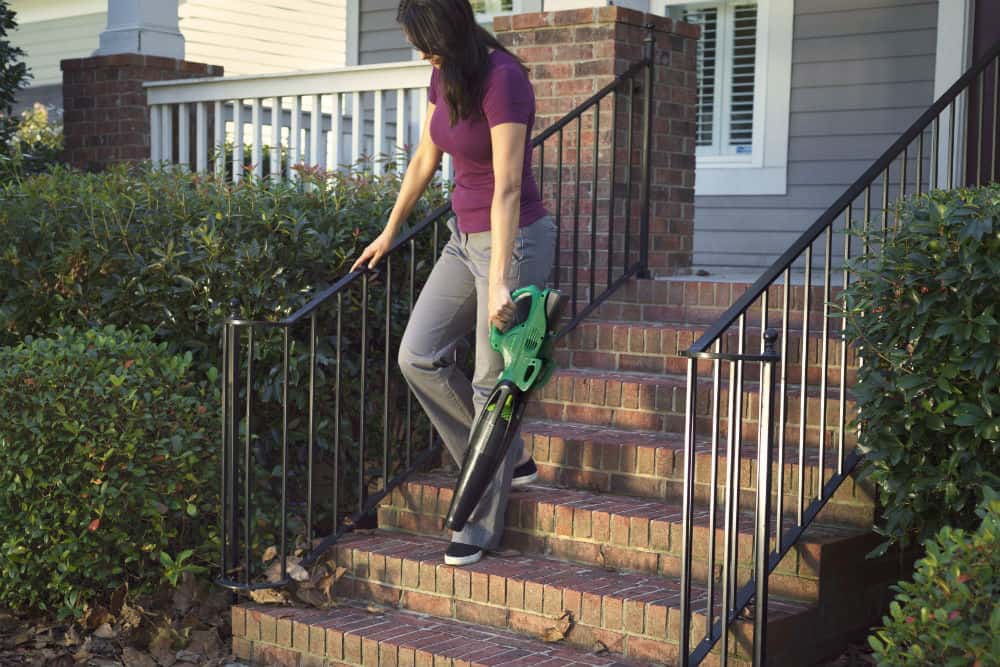 ​Weed eater blowers save you a great deal of time and effort especially during fall when leaves scatter like rain all over your yard, porch, and roof. It can cause clogs in the drainpipe and is also very unsightly.

To keep your home neat looking during autumn where everything looks like an old photograph, use weed eater blowers. Here we have listed the top three on Amazon that you should check out. 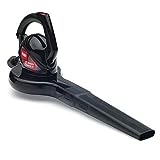 This blower generates air speed of up to 170 mph and has an air volume of up to 290 cfm.

This product comes with speed adjustment so you can adjust the power of the blow to your needs. It’s also pretty lightweight at 11 pounds so it’s pretty easy to take it anywhere without resulting to sore and tired arms. Because of its powerful motor, you’ll be able to cover a lot of ground in fewer hours.

There’s no assembly needed for this blower to work; simply take it out of the box and you’re ready to fill it with fuel. Afterwards, take it to your backyard and test it out.

It also saves up a lot of gasoline with its mix of two-cycle oil and gasoline. This results to more burn and less emissions so you can use your blower for longer without having to shed a lot for gas.

During the first try, some reviewers noticed that they have to pull it several times before the engine roared into life.

This is perfectly normal as after about seven to eight pulls at first, it’ll eventually just be one to two pulls when the engine has gotten some good use. In full throttle, this blower really does a good job; it’s powerful for average home use so it could also be slightly good for commercial use.

Gas-powered machines can’t be returned to Amazon once purchased so be careful before purchasing anything. Some people have complained about their Poulan Weed Eater breaking after a few uses.

Although it is covered with warranty, some customers complained about Poulan not immediately replacing the product but instead insist on it being sent to their authorized service centers. Unfortunately, these service centers aren’t the quickest and most accommodating of all. 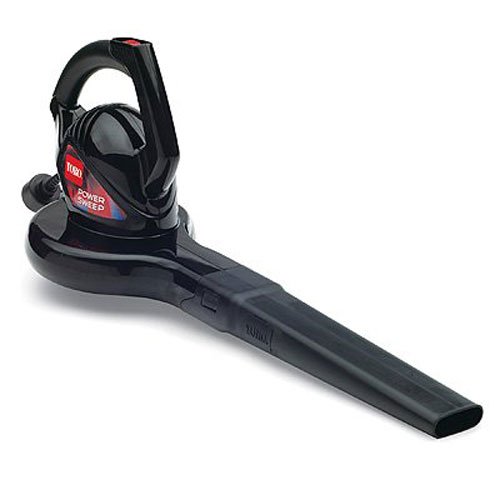 ​It’s lightweight and very easy to wield because it only weighs a measly 4.6 pounds. But it doesn’t mean that it’s not packed with power because the Toro Electric Blower does as advertised and more.

It has a two-speed air control for greater versatility, whether you want to blow few leaves and save power or set it to high to finish the job quicker as it generates a maximum 160 mph air speed.

This handy electric blower is your best friend during the fall season because it’s light and easy to move around your home to blow leaves and debris from sidewalks, decks, and driveways. It comes with a 7.0A motor that generates generous amounts of air.

The control is located on the handle and falls naturally underneath your thumb so you can easily power it on and off whenever. It is backed by a two-year full manufacturer’s warranty to give you that peace of mind.

Another good thing about electric blowers is that they are quieter than gas blowers, although not as powerful. It’s also lighter, so you can just think of it as a giant hairdryer.

You also don’t have to worry about fumes and having to inhale it while on the job. However, because this is an electric blower, you may consider the power not enough, especially if you’re coming from a gas-powered on. It may take a bit of adjustment, but it still does the job fine.

​Before you go ahead and buy this, be informed that this product is made of plastic and some might not like how it feels (although it is very light). Some customers complained about the cheap plasticky feel that felt like it won’t last after some heavy blowing.

The power button is also tacky; although it is good that it’s directly below the thumb, some people accidentally hit it while in the middle of the job almost all the time. 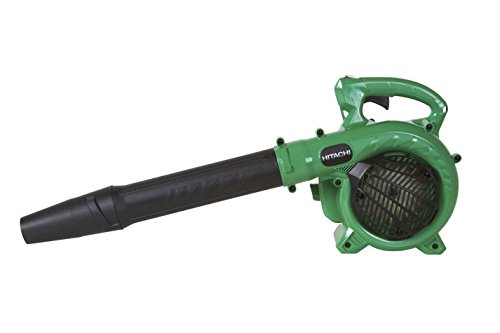 This CARB compliant gas-powered blower packs a punch in blowing off those leaves and debris while still being good to the environment.

This blower features a 23 -9/10cc commercial-grade, two-stroke engine for excellent performance and reliability and is considered lightweight despite the motor at 8 pounds.

The weight is evenly distributed so the risk of having sore and fatigued arms after the job is lessened. For added ease of use, it also comes with an auto-return stop switch resets the blower to the on position for hassle-free starts.

After the easy start, you’ll have an air volume of 441 cubic feet per minute and delivers air speeds up to 170 miles per hour for effective debris removal.

This allows you to finish your job quickly and efficiently. You also don’t have to worry about it consuming too much gas and emitting fumes because of its PureFire low-emission two-stroke engine technology, which burns fuel twice so you save up on refilling costs while giving Mother Nature a huge favor. Best of all, this product is backed with a seven-year consumer warranty.

What's not to like about the ​Hitachi RB24EAP 23.9cc 2 Stroke 170 MPH Gas Powered Handheld Blower

​Majority of the negative reviews for this product focused on the issue with the primer bulb, which may either be caused by poor manufacturing or by incidental causes.

Having these issues results to the inability of the blower to be used. Good thing, this product is backed by warranty so you can get it repaired or replaced.

​Having a clean and neat looking average home beats expensive villas that are dirty and full of high weeds and pools of leaves. During the autumn season where the trees cry their leaves off, it’s good to have the best weed eater blower in handy so you can easily clear up the steps, your porch, and your roof.

Weed blowers come in a variety of types, shapes, and sizes so it’s important to read through reviews to find the best one for you.

You may check out this related article,"​​​​What are the best Weed Eaters?" for more ​​weed eater choices.

The best zero-turn mower for 2 acres

The best zero-turn mower for 2 acres