How Does Erosion Netting Prevent Erosion 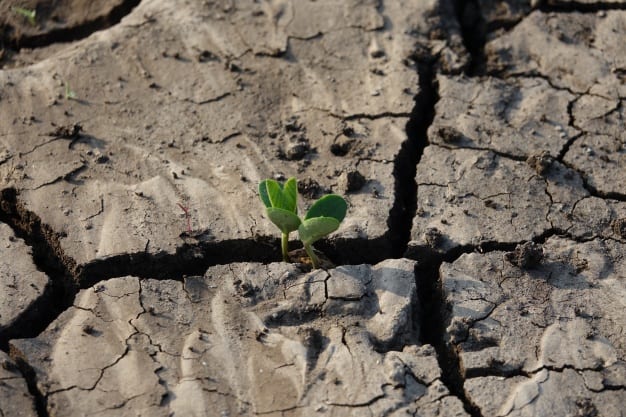 I’ve been a dedicated gardener all my life! However, it was only post-retirement that I could actually invest more time in taking my passion a step further.

After moving into my new home here in Tyler, Texas, I decided to invest all my free time in growing organic fruits and vegetables in my beautiful garden. And I was more than happy, living the perfect retired life doing what I love the most.

Now, seeing the uneven terrain of my yard, I knew I’d be facing a few issues while planting trees and shrubs. But I ran into more problems than I’d anticipated, the most significant one being that of soil erosion.

Strong winds and heavy rain caused several issues, including soil shift and surface runoff, which eventually led to degradation. That’s when I decided to look into erosion netting to prevent erosion.

To be honest, a lot of my time went into understanding the concept and use of erosion control netting. But the end results were more than satisfactory!

So, how does erosion netting prevent erosion? Here’s where you’ll find out.

Hi, I’m Stacy Smith. And today, I’ve carefully created this guide to help you know more about erosion netting and its use.

Without further ado, let’s dive in.

What Is Erosion Control Netting?

Before diving into the depth of the topic, it makes sense to understand the basics of erosion control netting. An erosion control blanket or netting is usually made up of one or more biodegradable or photo-degradable materials, including jute, choir, or natural polymers.

Consequently, it eventually decomposes over time, and thus, it isn’t a threat to the environment. Instead, erosion netting acts as a blanket to reduce soil erosion, making it suitable for the growth of vegetation and shrubs.

So, now that the concept is clear, it’s time I take you through its installation process, followed by its use in the prevention of soil erosion. Let’s get going then!

How Is Erosion Netting Installed?

For installing rolls of erosion netting, the soil surface should be reasonably smooth. Hence, rocks, debris, and other obstructions that rise above the soil must be removed. Once that’s done, you can start by applying individual rolls of the netting up and down the slope, but never along the contours.

The edges of the netting should overlap each other when more than one roll is needed to be installed. Also, it is important to make sure that the ends overlap by at least three feet.

Now, it’s quite apparent that you’ll need something to anchor the netting to the surface, right? Well, for this, use rigid anchor pins, “J” type pins, or staples, driving them perpendicularly into the surface while keeping them spaced around 5 feet apart down the sides and center of the netting.

But before that, you might have to dig a trench so that the netting lies flat against the surface. Furthermore, if there’s existing vegetation at the boundaries of your garden or yard, the erosion control netting should be continued into the area or to its edges.

That said, I’ll now come to the main point. In the following section, I’ll be tackling two significant concerns. Firstly, can erosion netting really prevent soil erosion? Secondly, how is it used? The combination of both these questions forms the basis of this guide. Read on to know all the deets.

How Is Erosion Control Netting Used To Prevent Erosion?

As mentioned earlier, erosion control netting made using biodegradable materials like jute or coir is laid over soil surfaces to reduce erosion. The practice is most commonly performed on small, steep, and disturbed areas near homes, bridges, and roads as they’re susceptible to erode over time.

Ideally, jute, coir, and fabrijute nettings can be used alone on flat sites without mulch for seed germination enhancement and dust control. But never use it alone in areas where runoff quantities are expected to soar.

That said, you may also apply synthetic or jute netting to the surface, combining it with loose materials underneath. For this, straw, shredded aspen, or coconut fiber can be used as loose filling held by one or more layers of the erosion control netting.

As such, they help in building structures to protect the soil and mulch from wind and water damage - the two primary causes of erosion. This, in turn, prevents soil shifting and promotes vegetative growth.

You’ll be pleased to know that erosion netting also reduces competitive weeds, allowing you to keep your garden well-maintained at all times. And thanks to its slow degrading natural or polymer fiber construction, you can rest assured of its functional longevity.

In other words, erosion netting can maintain soil for up to 2 years, provided you follow the installation process thoroughly.

In my opinion, erosion control netting is a cost-effective and convenient method of tackling the issues caused by uneven terrain. It’s not only easy to install and maintain, but it also protects the top layers of the soil from wind and water damage for years to come.

For this, all you need to do is choose a natural and biodegradable woven material like jute or coir and cover the desired area.

But it’s important to note that erosion netting doesn’t serve the purpose in all situations. For instance, it may not be appropriate for steep slopes with sandy soils, fire burned vegetation, rocks, and debris. Always make sure the surface is smooth before you begin its installation. And if you need help sweeping leaves, check out the best leaf rakes.

On that note, I’ll now be taking your leave. Till next time!

Stacey is a Texan at heart and a true daughter of the soil. She takes keen interest in everything related to lawn care, and has experience of over 30 years in tinkering with a variety of equipment. When she's not tending to her own lawn or helping the neighbors, she likes to blog about her journey with the rest of the world.