How To Start a Snowblower 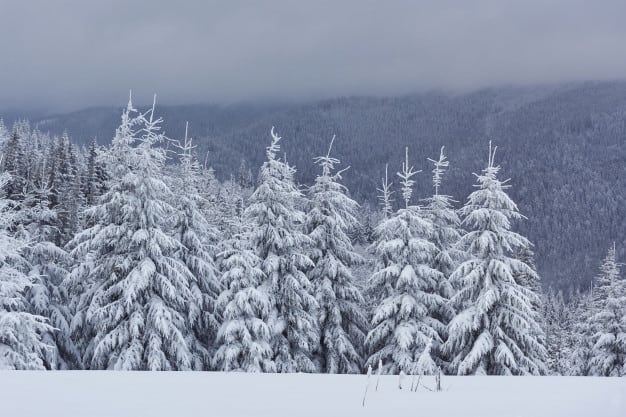 My early twenties, in spite of the turmoil it brought, was also when I discovered gardening - something that has stayed with me ever since.

My father was responsible for cultivating the interest. I remember a particularly eventful winter when blizzard after blizzard battered our house and the backyard remained buried under snow throughout. For my father, it was time to teach me how to use a snowblower.

We had a Craftsman at the time; a dependable workhorse that later became an heirloom. It was the first of its kind that I learned to operate, and over the years, I’ve tried my hand at various other brands.

Today, instead of simply reminiscing, I figured I should share my experience of using the different snowblowers. While operation is fairly simple, it’s getting them to start that can often prove to be a challenge.

Hello, I’m Stacy! And today, I’ve curated this guide on how to start a snowblower and I’ll also be covering all the major brands in the market while at it.

So, let’s get started!

How to Start a Snowblower

As unpleasant as the situation is, it’s also avoidable. Starting a snowblower requires you to remember a few important points. After taking a good look at the instruction manual, you must ensure that the safety key, starter rope, and electric start are in working condition. These are the key components that start the device.

However, care must be taken to store the snowblower properly after each use. In my experience, not closing the choke or shutting off buttons is often the reason why a device fails to start.

Now that I’ve given you an overview of the matter, let’s talk about specific makes of snowblowers.

How to Start a Snowblower With a Choke

Starting up a snowblower with a choke is one of the simplest backyard tasks you’ll ever face. Involving four easy steps, all it takes is a little time and effort.

The first step is to set the choke on full, which is, to keep it closed. Next, you must start the engine according to the instructions given. This may either require you to provide three to four pumps on the fuel primer prior to pulling on the ignition cord or simply press the starter.

Once that’s out of the way, reduce the amount of choke gradually over a few minutes until the engine warms up. This is done by adjusting the choke lever. Lastly, once the engine is up and running, open the choke up all the way.

However, it must be ensured that there’s no choke once the operation begins. In that case, fuel consumption is likely to shoot up, flood the engine, and eventually, collapse the snowblower altogether.

How to Start an Ariens Snowblower

The traditional start-up method for an Ariens snowblower comprises a few simple steps. All you have to do is, turn on the key, the choke, and also turn the throttle to ‘Full’. Next, pull the starter handle as mentioned in the methods above, and turn the choke to ‘Run’.

The snowblower must be primed thrice in order to warm up to a desirable degree.

In case you wish to go the electric route, plug in the extension cord and push the button. There you go, all set to blow the snow away.

How to Start a Yard Machine Snowblower

There are two methods of starting a Yard Machine snowblower. One, using the starter rope, and two, by electronic ignition. Both are equally effective.

While using the starter rope, insert the ignition key into the starter slot. Next, set the choke lever to ‘full’ while pressing the primer button thrice. Next, hold the starter rope handle and pull with force. The engine is designed to start up at the action and run smoothly once the lever is set to the ½ position.

You can now turn the lever off and continue using your snowblower normally.

In the case of electronic ignition, a couple of more steps are involved. Repeat the first three steps of the previous method up to pressing the primer button thrice. This allows the device to draw gasoline into the engine.

Next, plug the snowblower into a power outlet, push the ‘Starter’ button and hold until the engine begins to run. Once it does, set the choke lever to the ½ position as with the starter rope method. On ensuring that the engine has stopped sputtering, shut off the choke lever, and unplug your machine. It should now run without a hitch.

How to Start a Toro Snowblower

There are two crucial steps to starting up a Toro snowblower: the setup and the actual startup. For the former, you must first twist and pull the oil dipstick out of the engine. This is followed by pouring the oil into the cavity and replacing the stick. It’s important to lubricate the engine, otherwise, it remains susceptible to damages.

Next up, open the fuel tank and pour in gasoline, leaving a gap of half an inch. Your snowblower is now ready to start.

To begin with, the throttle control lever must be set to ‘Fast’. Then, turn the fuel knob clockwise to open the valve and let in the gasoline. The choke is then set to ‘Full’, the ignition key placed in the slot, and the primer bulb pressed thrice. Take care to cover the hole while pressing the bulb. This is where fuel is drawn into the engine to get it up and running.

Needless to say, this is hardly a step you can skip.

Follow up the last step by pulling out the starter rope with force, and repeat till the engine sputters to life. Lastly, turn the choke to the 3/4th position and wait for it to warm up. Similar to the previous methods, turn it to ½ and finally, ‘Off’.

How to Start a Craftsman Snowblower

A Craftsman snowblower follows similar steps as the ones mentioned above. However, I’ve outlined a few salient points to check in case there are issues with the start-up.

Primarily, ensure that the spark plug, carburetor, and flywheel key are in working condition. Any damaged and clogged part may have to be repaired or, as in some cases, replaced altogether. If done on time, a Craftsman snowblower is hardly expected to cause trouble.

So, that’s all I have to say on start-up methods for various snowblowers. As you might have noticed, they are fairly simple to use. However, be sure to treat your machine right, and it will do the same in return. Most importantly, pick the right snowblower for snow when you're buying to reduce the chances of problems popping up.

Hope you found the guide helpful and will have an easier time this winter. Till next time!

Stacey is a Texan at heart and a true daughter of the soil. She takes keen interest in everything related to lawn care, and has experience of over 30 years in tinkering with a variety of equipment. When she's not tending to her own lawn or helping the neighbors, she likes to blog about her journey with the rest of the world.